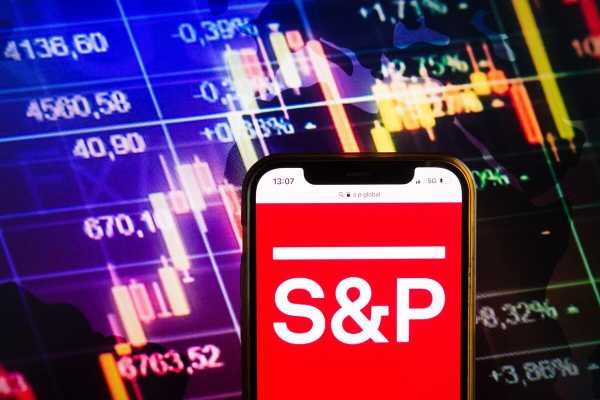 The major U.S. stock index futures tumbled on Wednesday with the S&P 500 and the Dow dropping nearly 2%. Wall Street saw its biggest daily loss in more than a month, after weak economic data fueled recession fears while hawkish comments from a pair of Fed officials weighed on investor demand for higher risk assets.

U.S. shares fell shortly before the cash market opening on Wednesday after data showed U.S. manufacturing output had slumped last month and retail sales had fallen by the most in a year.

The decline in both industrial production and retail spending was a lethal combination that added to the theme of a slowing economy and a looming recession in 2023. Furthermore, it may have put to bed the notion of a “soft-landing” recession that dominated the markets last week.

Early Wednesday, the Fed’s Mester and Bullard stressed the need to raise rates beyond 5% to control inflation. Harker also sees the need for additional rate hikes although he reiterated earlier comments that he’s ready for the U.S. central bank to move to a slower pace of rate hikes due to signs of cooling inflation.

Bullard was the most hawkish of the three saying that U.S. Federal Reserve policymakers should get the policy rate of interest above 5% “as quickly as we can” before pausing rate increases needed to battle an ongoing outbreak of inflation.

Asked during a Wall Street Journal event if he was open to another half point rate increase at the Fed’s upcoming meeting, Bullard responded “why not go to where we’re supposed to go?…Why stall?”

Bullard said he felt the policy of “frontloading” rate increases with larger three-quarter-point and half-point increases had worked well, and that he saw no reason to stop until the policy rate was nearer the level seen as a likely stopping point.

The Fed commentary highlighted the disparity between the U.S. central bank’s estimate of its terminal rate and market expectations, which were of the rate peaking at 4.88% by June. Traders are now betting on a 25-basis point rate hike in February. This is likely to be one source of volatility over the near-term.

Another source of volatility will be the reaction to earnings reports. Investors are also focused on the fourth-quarter earnings season as a window into how corporate America is doing against the backdrop of higher interest rates.

Analysts now expect year-over-year earnings from S&P 500 companies to decline 2.6% for the quarter, according to Refinitiv data, compared with a 1.6% decline in the beginning of the year.

After the close on Wednesday, Alcoa and Discovery Financial are making moves following the release of their earnings reports.

On Thursday, investors will be watching key quarterly reports to see if there is an earnings recession brewing. Netflix, Procter & Gamble and Truist Financial are among the companies scheduled to report.