The past year has generally been challenging for automotive stocks. Ford Motor Company (F -2.05%) and Lucid (LCID 1.37%) stand out among the industry’s notable losers across the stretch, with their share prices down by roughly 50% and 81%, respectively. While the specter of continued or intensifying economic pressures in 2023 could mean that the auto industry is in for another challenging year, big sell-offs also open the door for long-term investors to achieve strong returns — if they back the right companies.

Would you be better off putting your money behind the established automotive giant or the upstart electric vehicle (EV) player? Two Motley Fool contributors have differing takes on whether Ford stock or Lucid stock will deliver superior returns for investors. 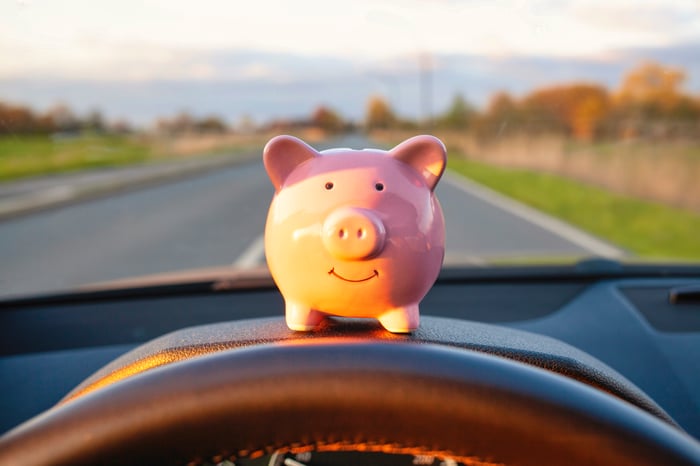 Lucid has no shortage of consumer demand

Parkev Tatevosian: Lucid is riding a strong secular tailwind driving rapid adoption of electric vehicles. Governments worldwide are encouraging the trend by incentivizing consumers to purchase EVs. But it doesn’t seem that Lucid’s would-be customers need much encouragement. The company boasts more than 34,000 reservations for its luxury cars. That’s more than $3.2 billion in potential revenue.

The significant challenge for Lucid will be ramping up production efficiently enough to meet its robust demand. In its most recently reported quarter, Q3, Lucid produced 2,282 vehicles, more than triple the output in its previous quarter. To help it reach its goals, the company has $3.85 billion in cash on hand. To make a case for Lucid Motors stock more compelling, the Saudi Arabian government is not only a major investor in the company, but it has also agreed to purchase at least 50,000 of its cars over the coming decade, with deliveries to begin this year. 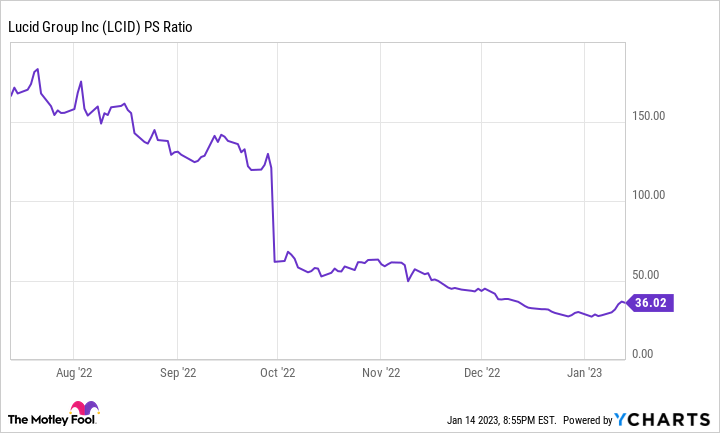 Still, investors need to remember that Lucid is a high-risk stock. Numerous deep-pocketed companies are aggressively expanding into the electric vehicle space, and there is no telling which ones will make it out of the pack. Moreover, Lucid’s stock is not cheap, trading at a price-to-sales ratio of 36. That doesn’t eliminate the potential for Lucid to become one of the EV market’s major players. If it does, the payoff for its shareholders could be huge.

Ford is an undervalued turnaround play

Keith Noonan: No doubt about it, 2022 was a tough year for Ford, and the market isn’t enthusiastic about the road ahead of the company. Its valuation was battered by a series of vehicle recalls in 2022, and the specter of a challenging operating backdrop this year has also been depressing investors’ sentiment regarding the automaker. But even with the challenges, it wasn’t all bad news.

Ford actually increased its industry market share by 0.7% last year as it expanded its SUV lineup and grew its EV sales at twice the rate of the overall category. With its stock now trading at just 7.2 times expected forward earnings, Ford is an industry leader trading at value-level prices. The auto giant also pays a dividend that yields roughly 4.8%.

Though the company is facing some challenges, Ford has also continued to enjoy strong demand for its F-150 line of trucks, and it will likely remain a leader in the pickup category. Its F-150 Lightning model, in particular, looks primed to be a major performance driver. The EV won MotorTrend’s Truck of the Year award, and demand has been strong enough that Ford has made moves to dramatically increase its production capacity.

While Lucid has the potential to post much more explosive sales growth, I think that Ford generally presents the more attractive valuation picture given the potential for a recession in 2023.

Which stock is right for your portfolio?

Ford and Lucid are two very different companies with very different valuation profiles and growth outlooks. Lucid is just starting to ramp up vehicle production and deliveries. It potentially has an extensive runway for growth ahead, but it also faces some noteworthy risks and trades at a highly growth-dependent valuation.

Meanwhile, Ford stands as an established auto industry giant that has generally delivered disappointing performance as of late. But it remains an entrenched industry stalwart and trades at levels that offer room for significant appreciation.

For investors interested in high-risk, high-reward EV pure plays with the chance to deliver explosive long-term returns, Lucid stock is clearly the better fit for that profile. On the other hand, investors seeking potentially undervalued recovery plays will likely find more to like about Ford stock.