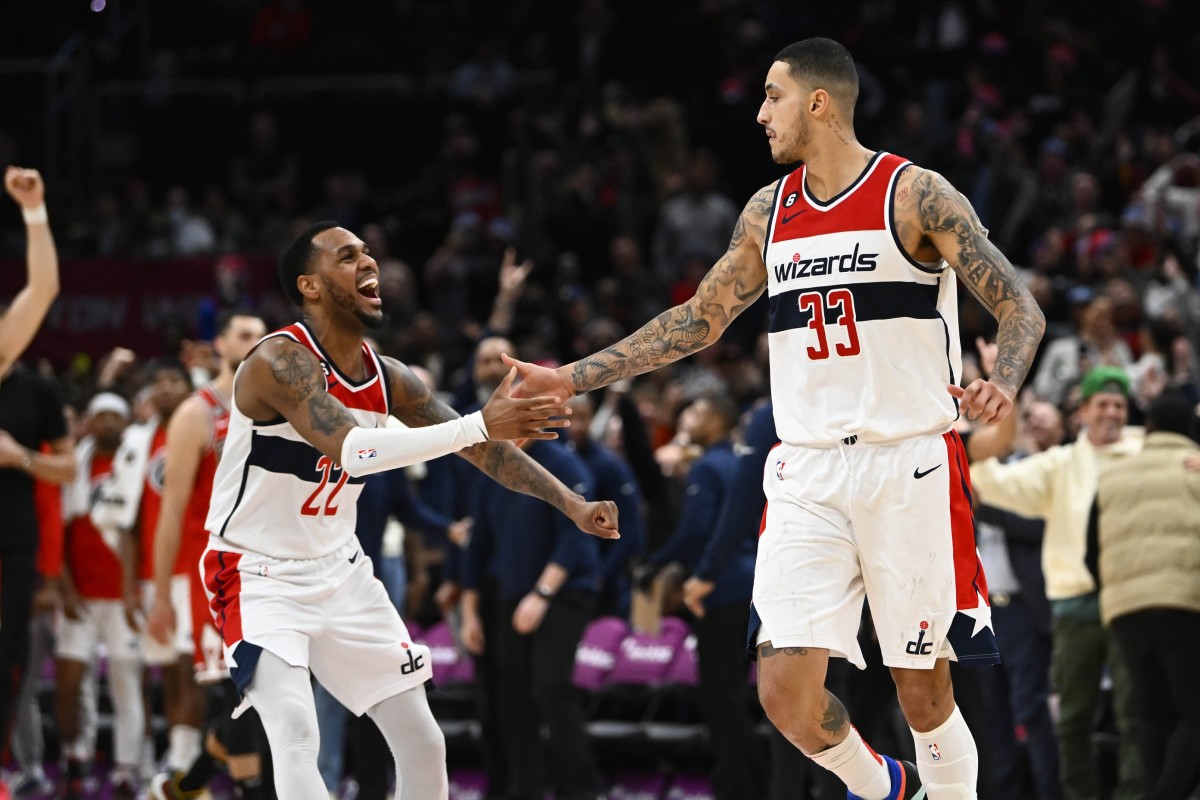 Every offseason, the Washington Wizards make changes to their roster and add some new faces to their rotations, yet success has been hard to come by for this franchise.

In fact, the Wizards have made the playoffs just once since the start of the 2018-19 season and they have not won a playoff series since 2017!

Signing a new five-year, $251 million deal with a full no-trade clause in the offseason, superstar guard Bradley Beal does not seem to be going anywhere this season, but this cannot be said for the rest of Washington’s roster.

Will Barton is a veteran player in the final year of his contract that the front-office could look to leverage, Rui Hachimura is a young player in the final year of his rookie contract that is rapidly approaching restricted free agency and Kyle Kuzma remains one of the bigger names being brought up in trade discussions around the league ahead of February’s trade deadline.

The Wizards have quite a few decisions to make in the coming weeks, so what should we expect to see from this organization ahead of the deadline this season?

As things stand right now, general manager Tommy Sheppard and the Wizards’ front-office are evaluating all of their options, but they have shown a lot of interest in keeping Kuzma rather than dealing him at the trade deadline, sources told Fastbreak on FanNation.

Extending Kyle Kuzma’s contract past this season and keeping him as a key part of their roster alongside Bradley Beal and Kristaps Porzingis is the main goal Washington has right now, but whether or not Kuzma wants to remain in the nation’s capital for years to come is a whole other discussion.

On a recent episode of The Fast Break Podcast, Chase Hughes of NBC Sports Washington discussed what he has heard in regards to the Wizards’ plans ahead of the trade deadline, what the future is looking like for Kyle Kuzma and the recent rumors suggesting the Wizards looked to trade Rui Hachimura for Phoenix Suns forward Jae Crowder.

“I did not think that the rumored deal made much sense since the Wizards would be selling so low on a guy like Rui Hachimura,” Hughes stated. “However, I do think that Jae Crowder would help this team if they were able to acquire him. He plays a physical brand of defense this team needs more of and while he hasn’t been a great three-point shooter the last couple of years, that has always been a strong part of his game.

“Whether or not Rui Hachimura is available at the trade deadline, I think this is another scenario that could make sense for Washington since he did not get a contract extension and is set to hit restricted free agency in the summer. That definitely plays a factor here.”

Hachimura has played well when on the floor for the Wizards and his ability to play both out on the perimeter and in the paint is something that has made him an intriguing young forward in this league.

Set to hit restricted free agency, parting ways with Hachimura now to get future assets instead of possibly losing him in free agency is something the Wizards will likely explore.

As for Will Barton, it is no secret that the Wizards are interested in exploring trade opportunities for him, especially since he has fallen out of their rotations as of late.

“I am sure there is a team out there that might be interested in buying low on a guy that could help their bench or starting lineup,” Hughes said. “Will Barton has had a long track record of being a good scorer and in Denver, he was a guy that could get you 14-15 points a game, plus 4-5 rebounds and 4-5 assists… I would definitely look at Barton as being a logical player to be traded at the deadline and maybe someone that Tommy Sheppard can work some magic with, similar to what we saw last season with Davis Bertans.”

In regards to Kyle Kuzma, the Wizards are wanting to extend him and keep him long-term, but he does have that player option for next season

Should the Wizards hold onto Kuzma and not trade him, he could very well leave in free agency, but at the same time, the Wizards do want to keep Kuzma long-term, which is where the dilemma of what to do at the trade deadline stems from.

“I think you would probably hope for a young player on a rookie contract and a first-round pick or two,” Hughes said in regards to what the team would look for in a trade for Kuzma. “That’s what the Wizards were really interested in when they had Davis Bertans last season and they didn’t get that type of offer, but I think you can definitely get that for Kyle Kuzma.

“I think if you can get some financial flexibility, a young player and some draft capital, that would probably be a pretty adequate return for Kyle Kuzma at the deadline this year.”

The Wizards definitely have some big questions to answer heading towards the trade deadline and some of these decisions, especially the ones revolving around Kuzma, could have drastic effects on this franchise for years to come.

Be sure to catch up on the newest episode of The Fast Break Podcast hosted by Fastbreak’s own Brett Siegel!

Streaming on Apple Podcasts and Spotify, The Fast Break Podcast takes you inside the league with the latest news, intel, rumors and interviews from those close to the action for all 30 teams. Be on the lookout for a new episodes every Friday.