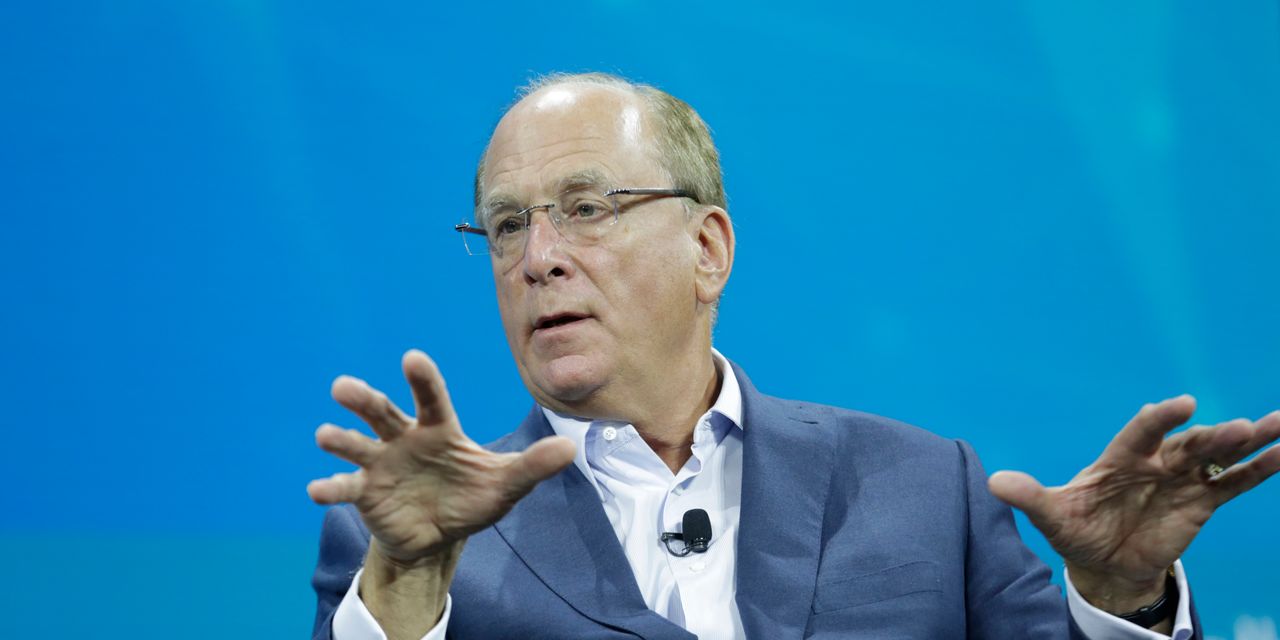 “‘We are trying to address the misconceptions [of ESG investing]. It’s hard because it’s not business any more, they’re doing it in a personal way. And for the first time in my professional career, attacks are now personal. They’re trying to demonize the issues.’”

Fink said the contrarian narrative around environmental, social and governance (ESG) investing has become ugly and is creating “huge polarization.” ESG can span issues like gender diversity on boards or executive compensation, but tends to be readily swapped for climate-focused and alternative-energy investing themes, especially as more companies are pressured to report fossil-fuel emissions or consider increasingly popular fuels like solar
ICLN,
+0.66%
or hydrogen instead of oil
CL00,
+1.48%
and gas.

Attention on the topic has also gained detractors who suggest any ESG focus dilutes a “neutral” fiduciary obligation that favors returns over other considerations by fund managers and other stakeholders.

“Let’s be clear, the narrative is ugly, the narrative is creating this huge polarization. If you really read the CEO letters that I’ve written in the past I talk about a transition” to new forms of energy or addressing fresh demand from younger investors who care about social issues, Fink said in an interview with Bloomberg TV at the World Economic Forum in Davos.

Fink famously dedicated a “materially different” 2020 annual letter to shareholders and executives on sustainable investments, which he called the “investment opportunity” of his lifetime and one that will deliver better returns over time.

But this narrative path has not been without its pitfalls.

“Corporations across America continue to inject an ideological agenda through our economy rather than through the ballot box. Today’s actions reinforce that ESG considerations will not be tolerated here in Florida, and I look forward to extending these protections during this legislative session,” DeSantis said in a release.

In a speech, he cranked up the rhetoric, saying his state would “never surrender to the ‘woke’ mob” and that “Florida is where ‘woke’ goes to die.”

A Department of Labor ruling last year removed penalties on retirement-fund and 401(k) managers who consider ESG themes, although maintained that client goals and economic conditions must be given priority.

Texas and select other states have made similar anti-ESG vows. And BlackRock has felt compelled to respond, at least in some fashion. The asset manager, the world’s largest as it topped $10 trillion under its watch, channeled record sums into U.S. political campaigns last year, including an advertising campaign to explain its business focus managing money for retirees. It also brought on additional lobbyists in Texas and on Capitol Hill.

BlackRock said last year that by 2030, it anticipates that at least 75% of its corporate and sovereign assets managed on behalf of clients will be invested in stock and bond issuers with science-based emissions targets. That would be up from 25% currently.

Its rivals, such as Vanguard, have also faced backlash. Vanguard relinquished its membership in a net-zero emissions pact.

BlackRock’s assets under management, which had crossed the $10 trillion threshold in 2021, stood at $8.59 trillion at the end of December despite inflows into its funds during the fourth quarter. The assent manager lost $4 billion in business over ESG bans in 2022, it said, but noted the firm took in $230 billion in new business from U.S. clients over the same period.

In tracking news out of Davos, onetime energy-sector operative and California gubernatorial candidate Michael Shellenberger called out the WEF’s own attention on ESG, to which Tesla
TSLA,
+7.43%
founder Elon Musk offered a colorful response.

Fink, meanwhile, has also been called out by environmental groups for not dumping traditional energy fast enough.

“We are doing everything we can to change the narrative,” Fink told Bloomberg in the Davos interview, adding that he plans to write a letter to business leaders this quarter that will focus on the “concept of hope.”

“BlackRock is a firm that tries to sell hope because why would anybody put something into a 30-year obligation unless you believe something is better in 30 years?”