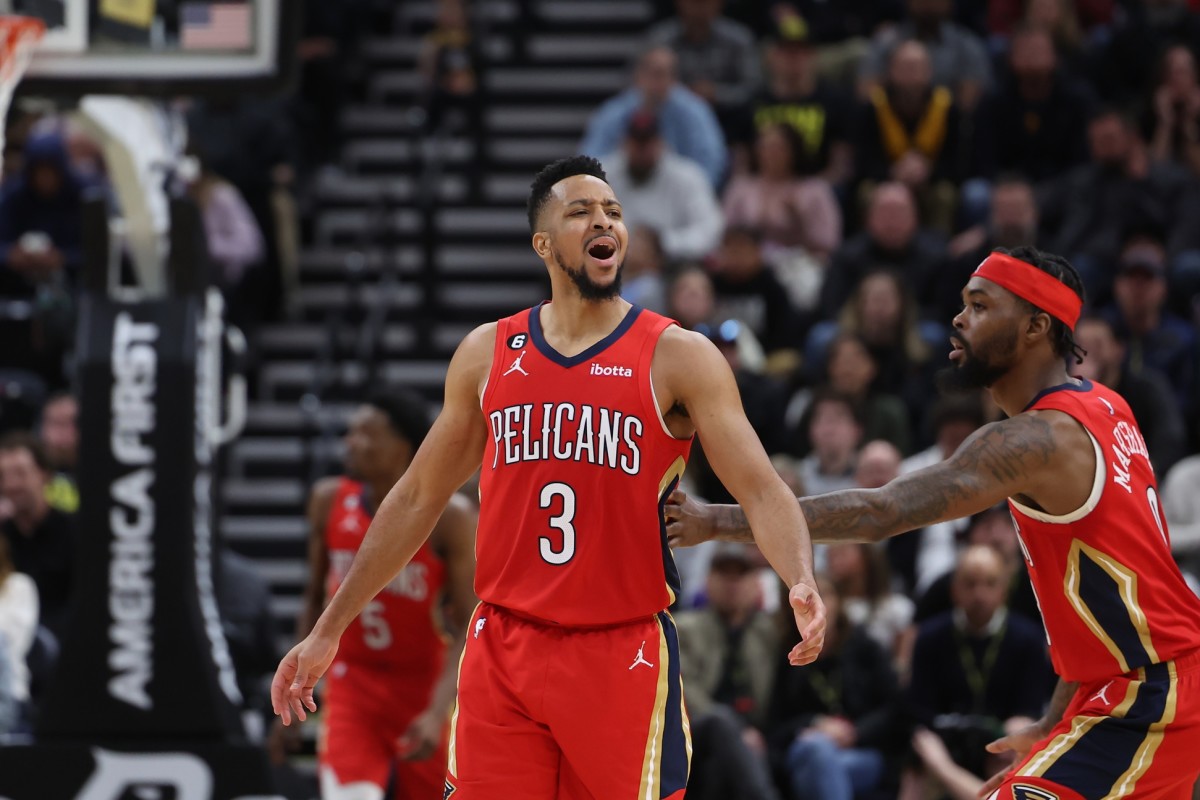 We are seeing more and more NBA players becoming involved in podcasting and the media side of the NBA world.

CJ McCollum was one of the latest to sign a media deal last year, as he agreed to a multi-platform deal with ESPN in May, and as a result, he has his own show/podcast called the CJ McCollum Show.

Talking about news from around the NBA, McCollum has not only discussed things pertaining to his own team, the New Orleans Pelicans, but other teams around the league as well.

In one of his most recent episodes, the Toronto Raptors became a key talking point for him and ESPN’s Izzy Gutierrez, especially since they have been a key team named in trade rumors ahead of this season’s trade deadline on February 9.

When discussing what the Raptors could possibly do, McCollum offered some very interesting comments, especially given his stance as a player that has relationships with many other players around the league.

“I think in terms of what they need or what they’re lacking, something’s gonna happen. I don’t know what. There’s rumblings about certain players on the team not being happy and due to tampering, I can’t speak to that but I think they’re gonna move someone at some point. I don’t know what type of picks they have lined up, but something needs to change because they are way too talented to be struggling throughout the season. They have too many good pieces, too many guys who are not only impactful and quality NBA players on that team, but would be quality and impactful players on other teams and probably have a larger role depending on who they decide to move. I think based on the success Toronto has had historically, in terms of how active they have been at the deadline – how they won their championship was being active right? They are going to figure out a way to improve, they are going to figure out a way to tinker with the roster a little bit and they are going to get the best out of their players because that’s what they have done historically… They develop players extremely well and get the most out of their guys, so I look for them to definitely rebound, whether that is continuity continuing to figure itself out or making a move.” – CJ McCollum on the CJ McCollum Show

Being the NBPA president, McCollum has connections with players and league personnel throughout the NBA and as a result, there is a lot of meaning and truth coming from what he says about the Toronto Raptors.

He did not name anyone specific on the Raptors’ roster due to tampering rules, but based on what McCollum said, it is not crazy to believe that Masai Ujiri and the Raptors’ front-office will begin moving pieces around ahead of the trade deadline.

O.G. Anunoby and Gary Trent Jr. have been the two key names brought up a lot in trade rumors, but both Pascal Siakam and Fred VanVleet could also be two players Toronto brainstorms thoughts of trading simply because of the return they can get.

As of right now, Scottie Barnes seems like the only player the Raptors are not willing to discuss in trade talks.

Many around the league have speculated that Toronto will make a decent sized move ahead of the trade deadline and now with CJ McCollum coming out and saying that he has heard the same things, we should expect Toronto to agree to some sort of roster changing move within the next three weeks.

Be sure to catch up on the newest episode of The Fast Break Podcast hosted by Fastbreak’s own Brett Siegel!

Streaming on Apple Podcasts and Spotify, The Fast Break Podcast takes you inside the league with the latest news, intel, rumors and interviews from those close to the action for all 30 teams. Be on the lookout for a new episodes every Friday.