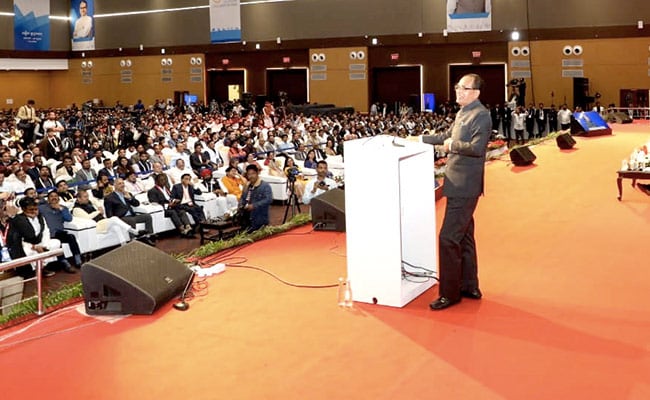 Madhya Pradesh Chief Minister Shivraj Singh Chouhan today said that Indore will become the next big destination for Information Technology in the country. He made the remarks at the Global Investors Summit 2023 which was held in Indore.

Mr Chouhan said that Indore will replace cities like Bengaluru and Hyderabad as the destination for IT in India.

The state government has also received interest for a cyber city near Bhopal. Netlink Strategic Solutions Pvt. Ltd, in collaboration with Flash Scientific Technology of America, is interested in building a cyber city near Bhopal, Anurag Srivastava from Netlink said that he wants to invest in start-up promotion. He discussed about implementing a pilot project of technology in the state to protect against losses caused by lightning strikes.

In another major announcement, the Chief Minister said that new industrial units which come up in the state will not be inspected for three years.

“Once land is allotted in a notified industrial zone, the owner can straightaway start construction work, instead of making rounds for another round of approvals. They will not be subjected to any inspection for the initial period of three years of operations.”

The state government will also launch a “plug and play” facility for small investors under which they will be provided with ready infrastructure to start their units.

Delegates from 84 countries including G20 countries participated in the conference. More than 2,600 meetings were held in two days with over 5,000 investors.

Mr Chouhan said that investors are eager to invest in Madhya Pradesh and the state’s economy is set to reach $550 billion.

As many as 36 foreign business organizations signed Memorandums of Understanding with the Madhya Pradesh State Industrial Development Corporation (MPIDC), the CM informed.

Through the MoUs, business communities of more than 215 countries will be connected to exporters in Madhya Pradesh, Mr Chouhan said.

Featured Video Of The Day